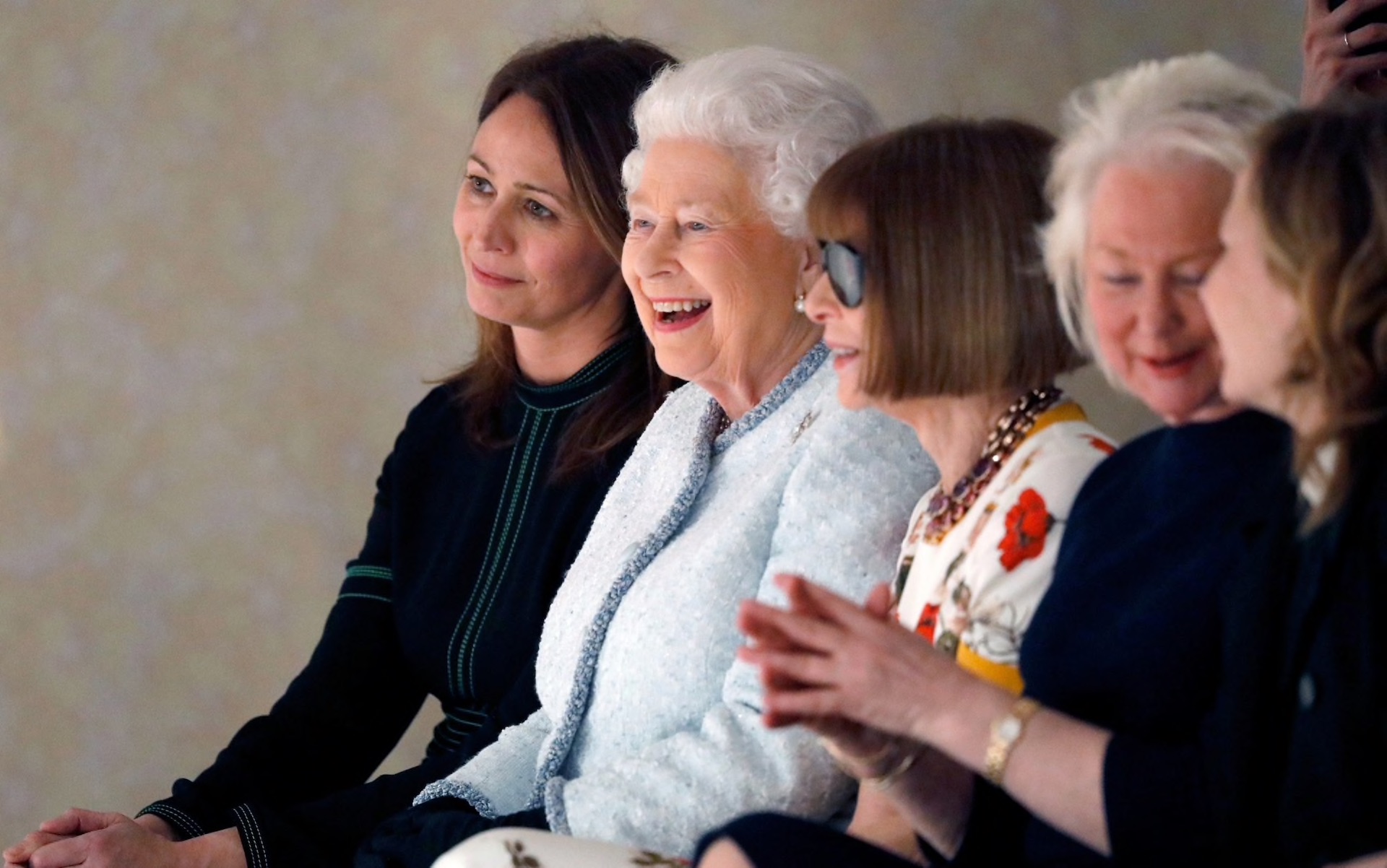 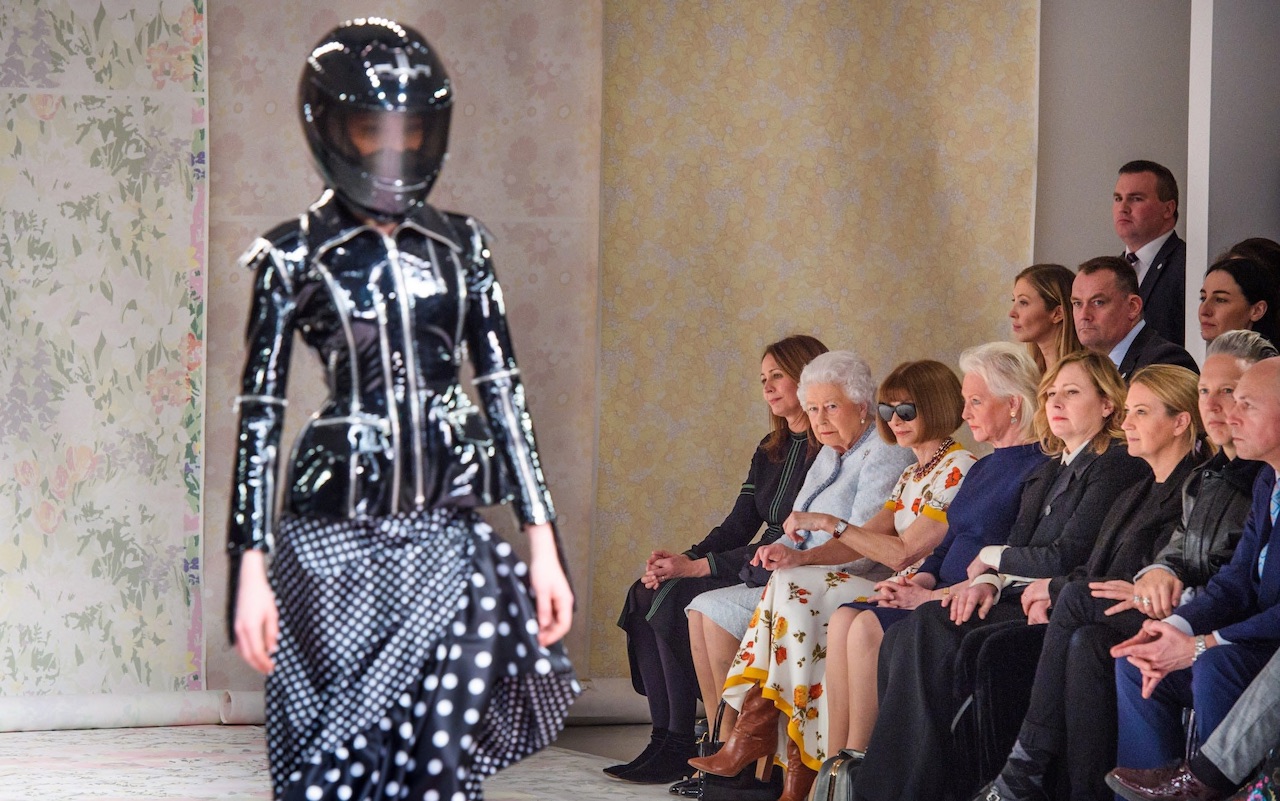 Today marks the Queen’s first visit to London Fashion Week, who watched a show from emerging designer Richard Quinn. Quinn’s show showcased colourful prints and headscarves – vibrance that Her Majesty’s own style reflects. A number the models were seen wearing headscarves – not too dissimilar from the Queen’s own style when out riding. 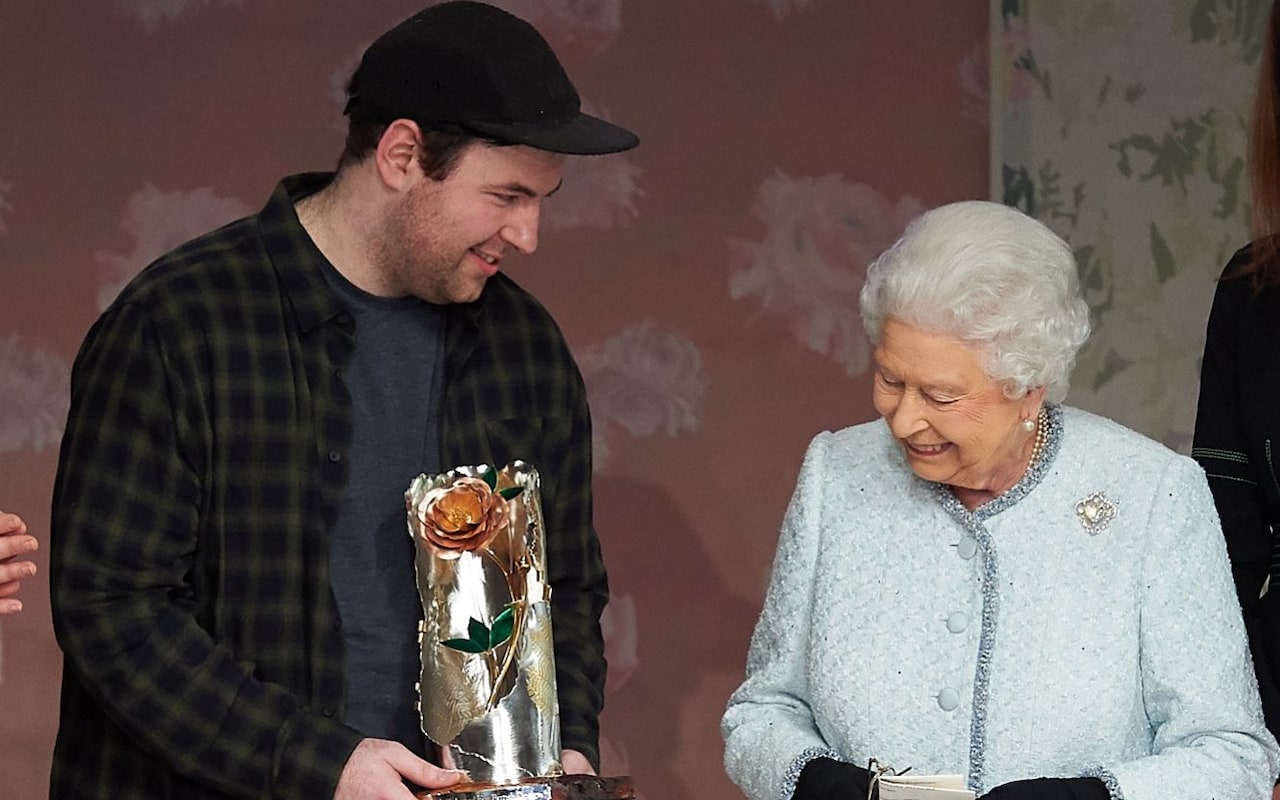 Her Majesty described the experience as a “great pleasure” to be in attendance to see the show described afterwards as “Balmoral meets Peckham”. After watching the catwalk show, she presented the inaugural Queen Elizabeth II Award for British Design to Quinn himself. The award aims to honour the innovative designer as the UK’s brightest new fashion talent.

What she wore
Stylish as always, The Queen wore a  a duck egg blue Angela Kelly suit with crystal embellishments.
Life made? We think so.